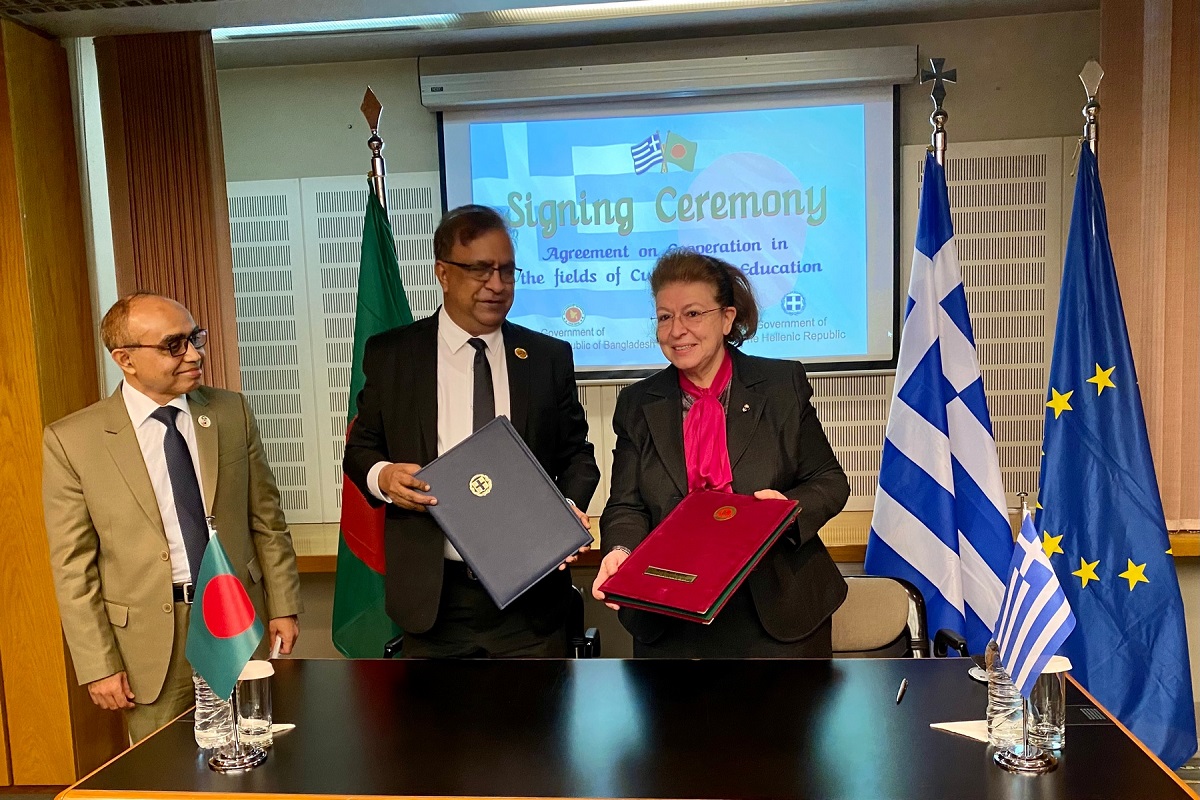 Cultural Affairs Ministers of Bangladesh and Greece signed a cultural sgreement in Athens.

Following the anniversary of 50 years of diplomatic relations between Greece and Bangladesh, a bilateral agreement to boost cooperation in the fields of culture and education was recently signed between Greek Culture Minister Lina Mendoni and Bangladesh State Minister of Cultural Affairs K.M. Khalid.

“Our bilateral relations are exceptional and will be further enhanced through the signing of this Cultural and Educational Cooperation Agreement,” Mendoni said, adding that cultural relations between Greece and Bangladesh are based on mutual respect

“A deeper, coherent, strategic cooperation will contribute to opening new perspectives for even deeper cultural exchanges,” the Greek minister said.

According to the agreement, Greece and Bangladesh will cooperate in the fields of cultural heritage and modern culture and particularly literature, music, visual and performing arts, crafts and cultural activities. The agreement also encourages the exchange of manuscripts and other publications, works of art, music programs, as well as the organization of modern and contemporary art exhibitions.

In the field of cultural heritage, the agreement foresees the exchange of archaeological exhibitions. 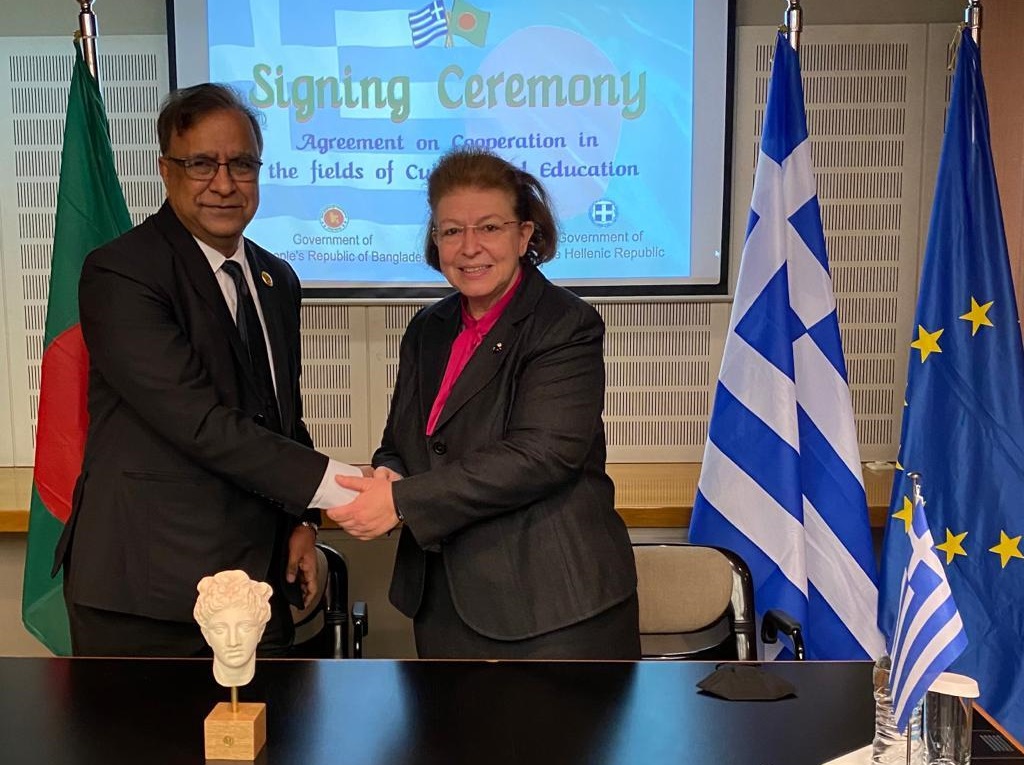 “This agreement will further expand the cooperation between our educational and cultural institutions on issues related to archeology and contemporary art, and contribute to the exchange of knowledge and knowhow for the conservation and preservation of archaeological sites,” KM Khalid said.

The two countries are already cooperating – under the UNESCO conventions – for the prevention of the illicit trafficking of cultural property as well as for the management of cultural heritage and the promotion of cultural diversity.

The cultural cooperation between Greece and Bangladesh will be implemented with the signing of a three-year cultural exchange program.