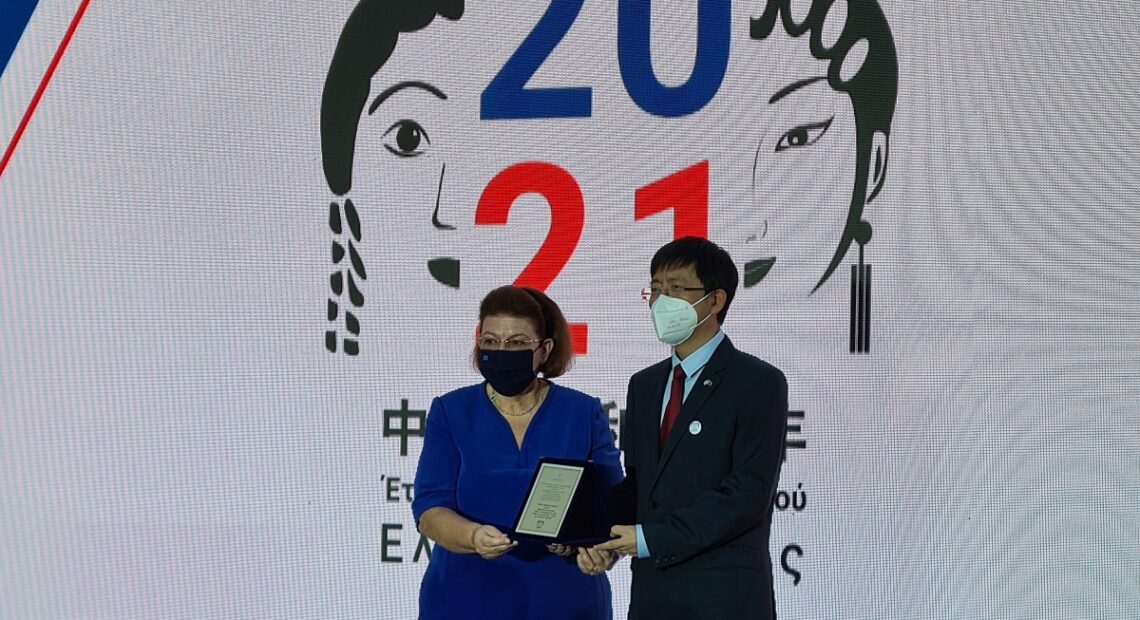 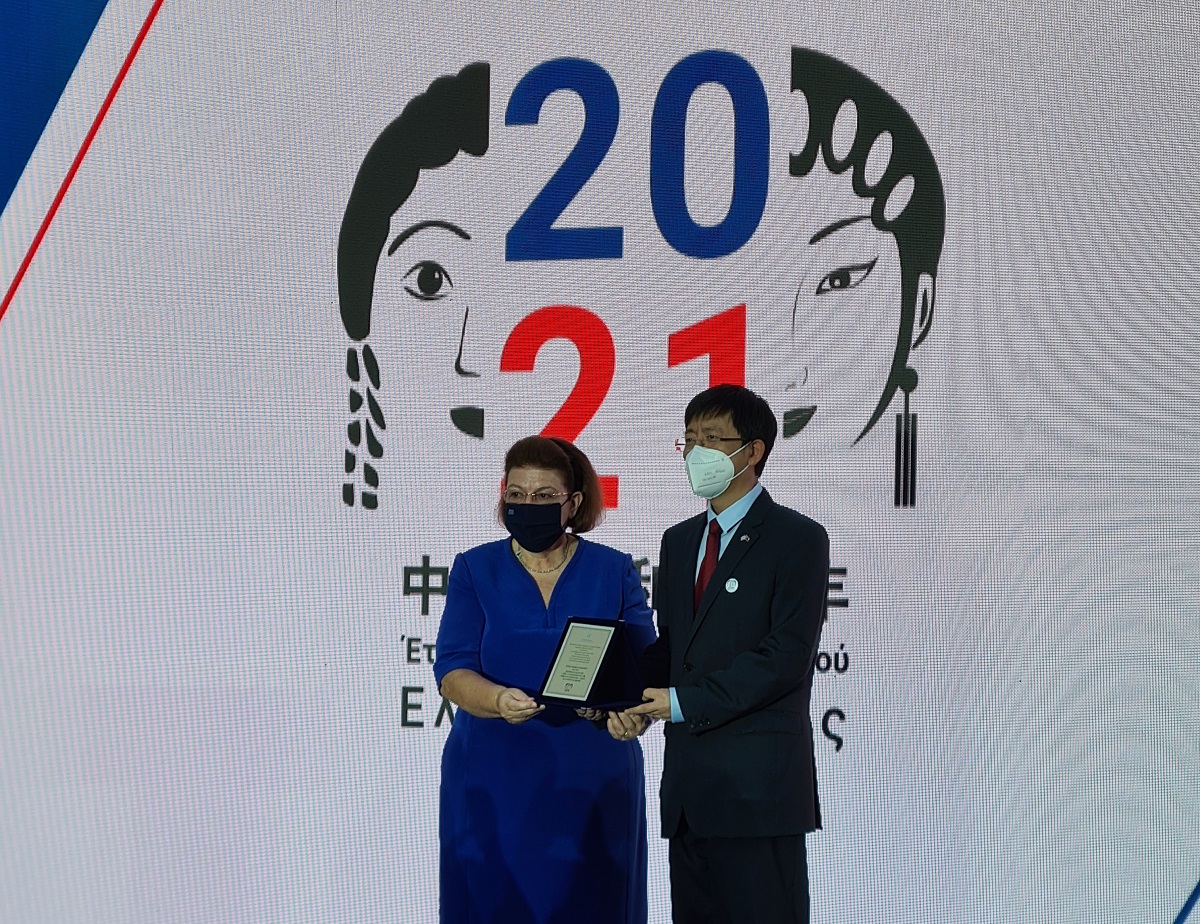 “Greece aims to receive more of its Chinese friends next year, more than ever before,” Greek Prime Minister Kyriakos Mitsotakis said during the recent launch ceremony for the Greece-China Year of Culture and Tourism 2021 at the Ancient Agora of Athens.

Mitsotakis said the significant cultural initiatives of the Greece-China Year of Culture and Tourism would build “bridges” for the people of both countries to cross and meet after the Covid-19 pandemic. 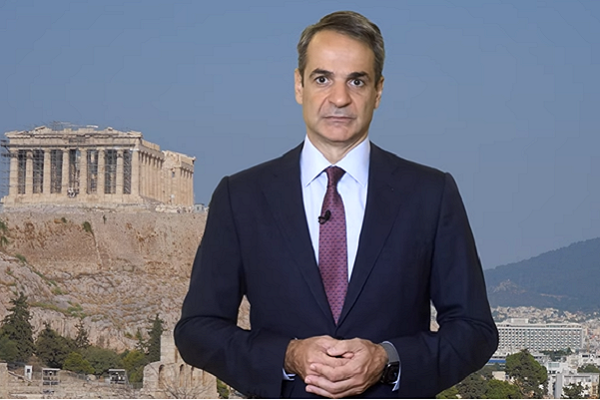 “Travel will resume as soon as health safety is restored. And as long as a country sparks the interest of another, the more attractive the destinations become,” he added.

The launch of the Greece-China Year of Culture and Tourism was held on September 17. The Greek PM and his Chinese counterpart, Li Keqiang, attended virtually.

Greece-China Year of Culture and Tourism 2021

During the Greece-China Year of Culture and Tourism 2021, the two countries plan to strengthen their cooperation on issues related to cultural heritage and contemporary artistic creation.

Some of the events scheduled to take place in the next 12 months include:

– the exchange of cultural exhibitions
– a digital tour of the renowned mausoleum of the first Chinese emperor through the website of the National Archaeological Museum,
– a translation program of Greek literary works into Chinese
– the participation of Greece in the Beijing International Book Fair, and as honored country in the International Film Festival of Beijing
– the promotion of Greek-Chinese cooperation in film productions
– the exchange of knowhow between the National Theaters of Greece and China.

Furthermore, the initiative in 2022 will mark the 50th anniversary since the establishment of the Greek-Chinese diplomatic relations.

“We highlight the past of these two countries; shape the present together; and prepare for the future. We respectfully follow our traditions, recognizing that culture is oxygen for our societies and the best way for our peoples to come closer,” Greek Culture Minister Lina Mendoni said during the event.

Unveiling of Socrates and Confucius statues 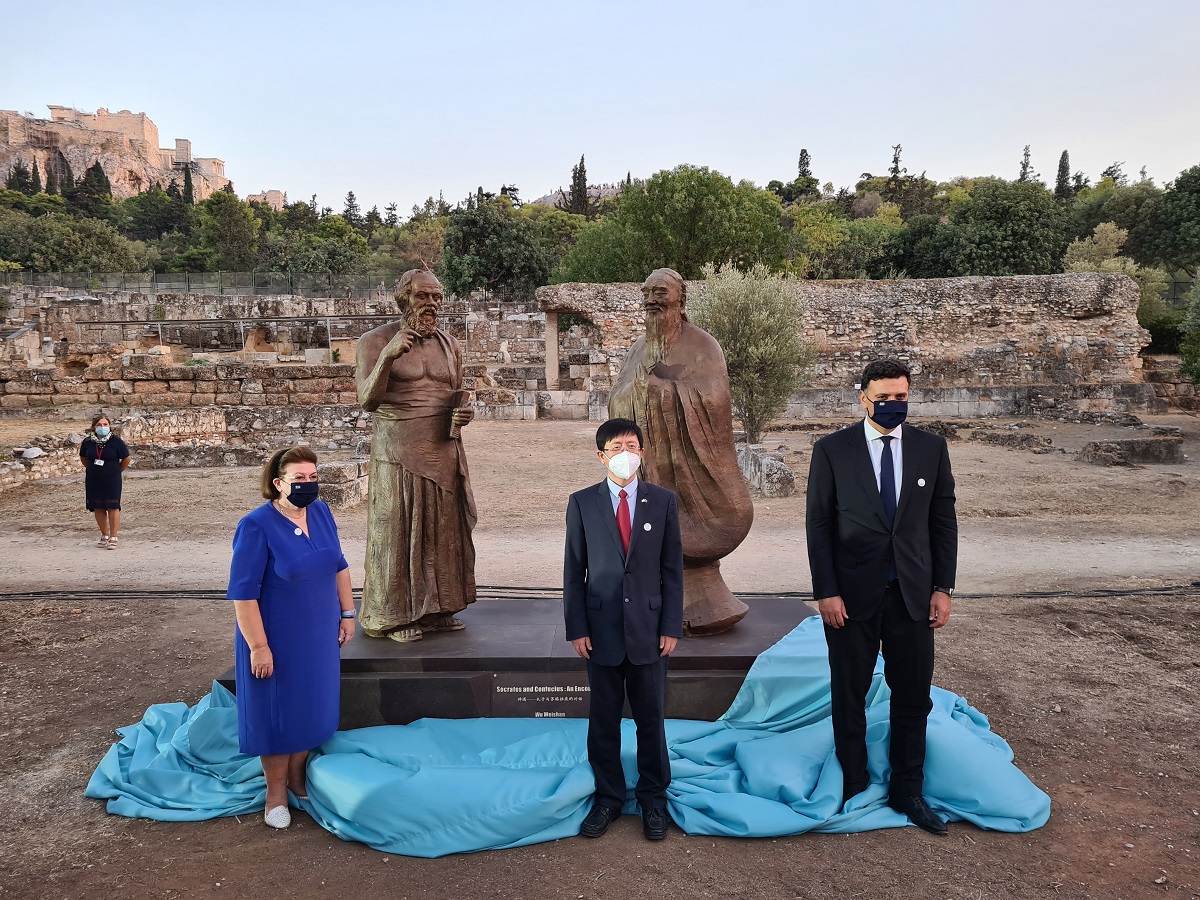 The Greek culture minister also spoke highly of the statues of Socrates and Confucius that were unveiled during the event in the Ancient Agora of Athens.

“Morality and virtue are common elements (of the two countries). These are [also] the values embodied by the two emblematic philosophers, Socrates and Confucius… who meet here, in the Ancient Agora of Athens for the first time,” Mendoni said.

The event was also attended by Greece and China’s tourism ministers.

Speaking during the event, Greek Tourism Minister Vassilis Kikilias referred to plans to launch actions to raise awareness on the tourism product of both countries, with a special focus on the fields of cultural, culinary and film tourism. 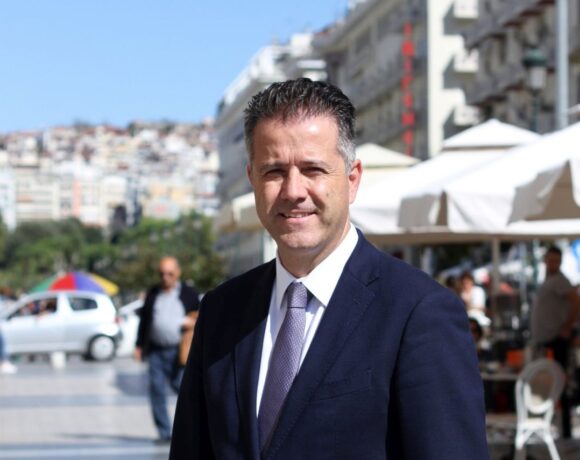 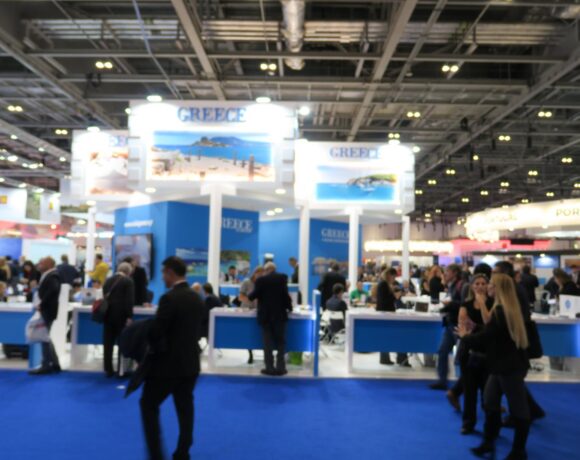 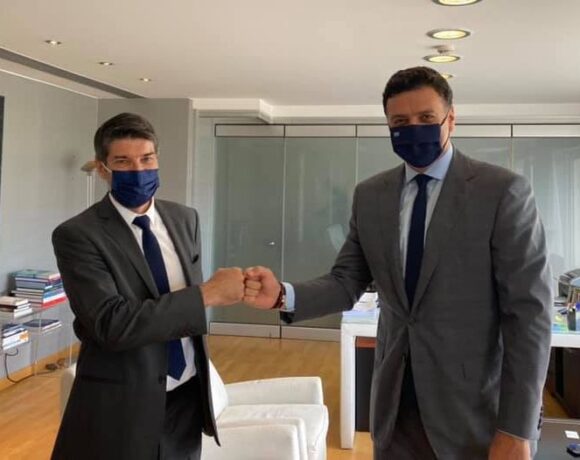