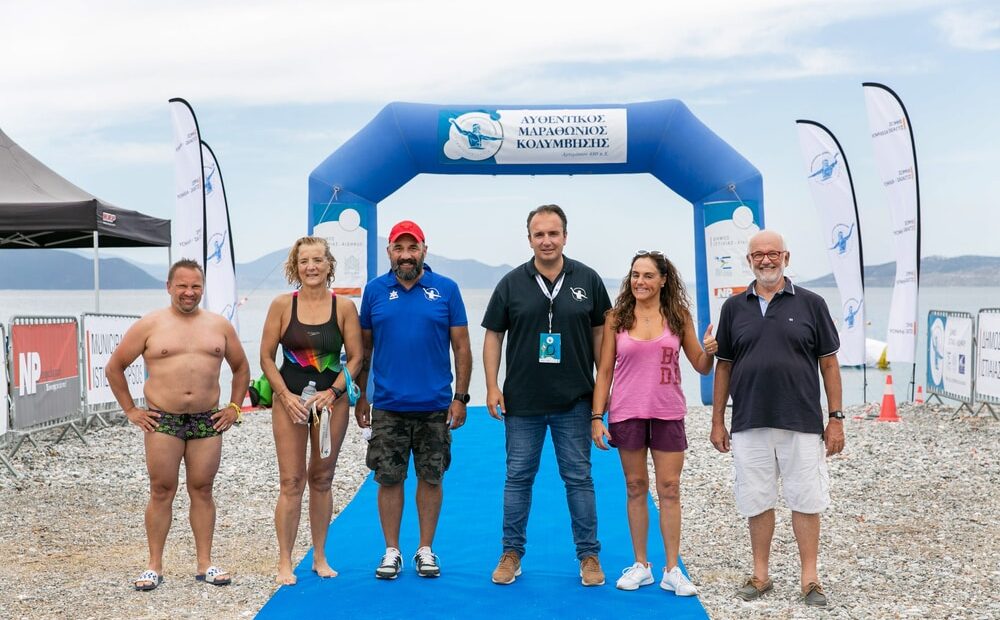 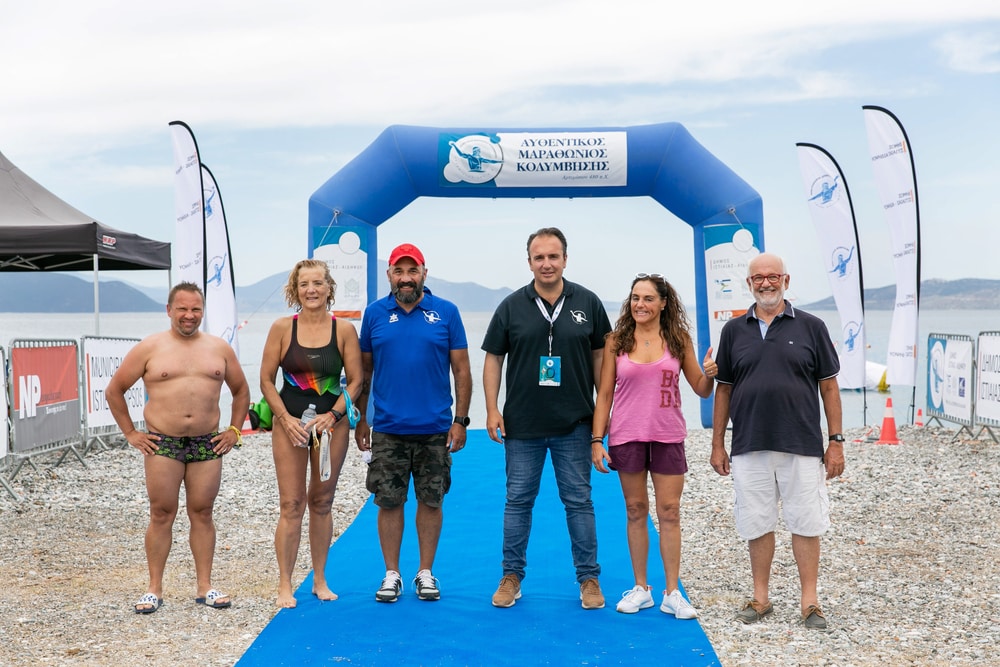 This article is brought to you by ActiveMedia Group

Amateur and professional swimmers from all over the world, earlier in July gathered on the island of Evia to participate in the Authentic Marathon Swim, an international sports tourism event.

The swimming event was organized with utmost safety and success for the 2nd consecutive year on July 2-4, 2021, at the Municipality of Istiea-Edipsos.

Amateur and professional swimmers from 10 countries, including USA, Russia, Spain, Netherlands, Poland, Hungary, Bulgaria, Malta, Luxembourg, and Greece visited North Evia for the needs of the event and discovered the region’s cultural and sports wealth.

The Authentic Marathon Swim was honored by the presence of Prime Minister’s representative, Secretary General of Sports, Mr. George Mavrotas and the Deputy Minister of Tourism, Ms. Sofia Zacharaki, while the President of the Greek National Tourism Organization, Mrs. Angela Gerekou expressed her support for the event through her greeting. 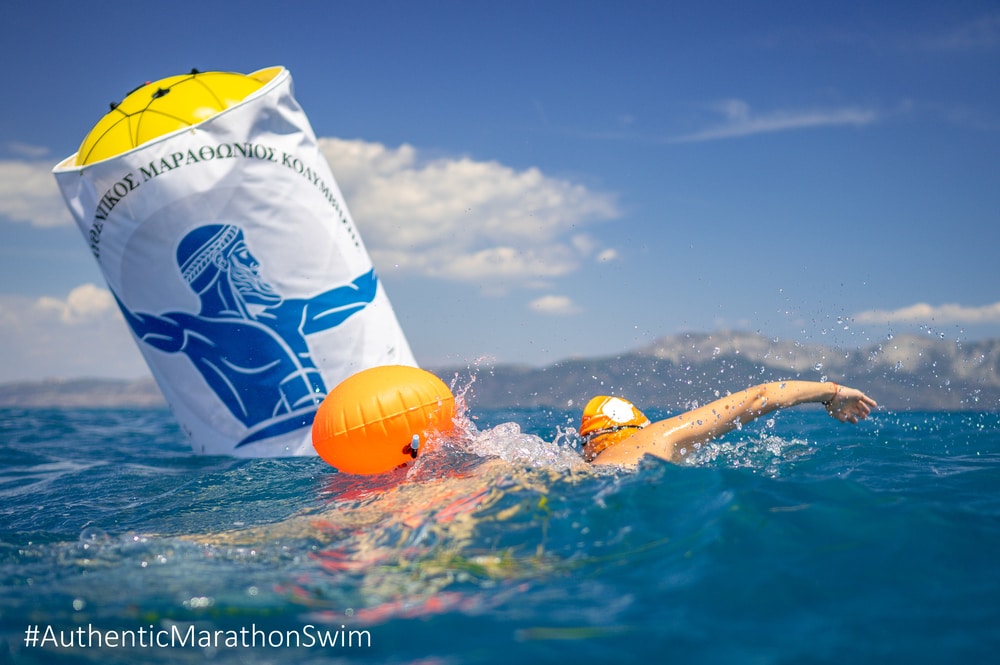 According to Herodotus (8.8) and other historians, Skyllias with his daughter Hydna were the first long-distance swimmers of History.

On Friday, July 2nd, 2021, we had four brave athletes who revived for the first time the achievement of Skyllias and Hydna. The swimmers who covered 80 stadia or 14,5 km were: the Hungarian Oceans Seven holder and member of the International Marathon Swimming Hall of Fame, Attila Manyoki, the open water masters’ world champion,

Spyros Gianniotis swam for the 1st time after the Rio Olympics

For the first time after 5 years, the silver Olympic medalist of Rio, world champion and member of the International Marathon Swimming Hall of Fame, Spyros Gianniotis swam, without being ranked and timed, the Olympic 10km marathon route, dedicating his symbolic attempt to the entire Greek delegation that will represent Greece at the Olympic Games in Tokyo. Top names such as the European champion, George Arniakos, as well as the Hungarian swimmer Attila Manyoki participated with him.

The new generation of Marathon Swimming is here just before Tokyo 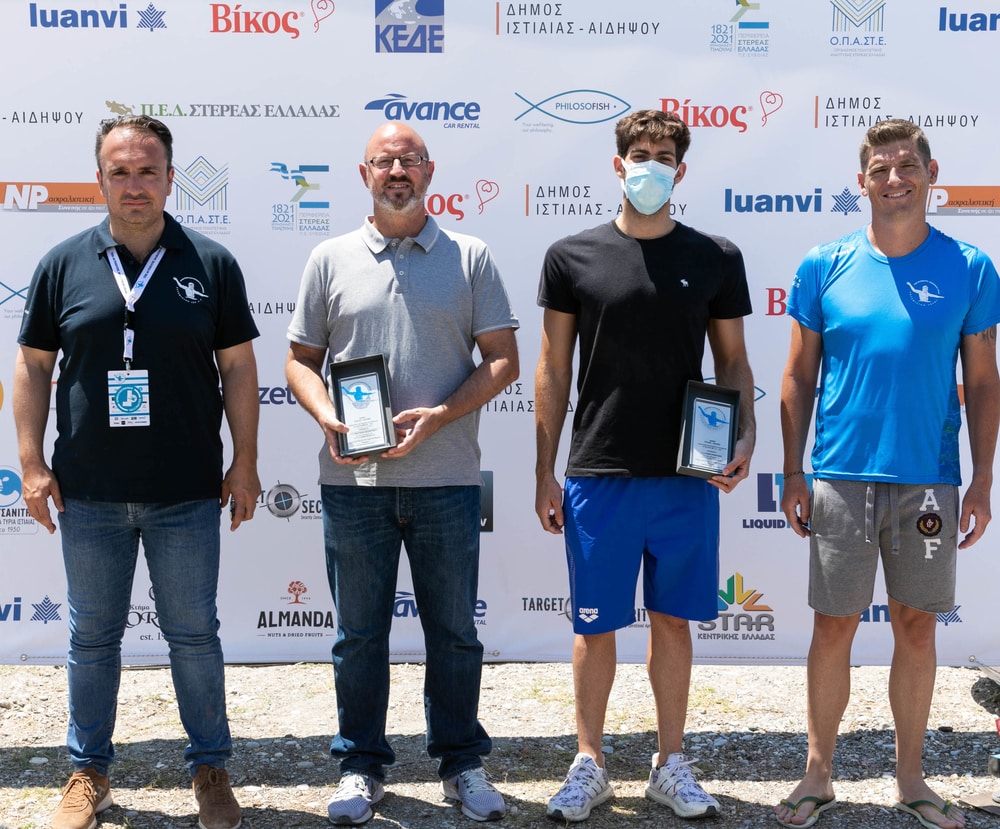 The European champion, who completed his participation in the Authentic Marathon Swim with two first-place finishes conquering the top at 10km and 3km respectively, officially announced his retirement from the championships. The event honored the great swimmer, recognizing his contribution to the sport throughout all these years. Furthermore, the Hungarian swimmer Attila Manyoki was honored for his presence in the event.

The Authentic Marathon Swim gathered great names of marathon swimming for another year. More specifically, the American world ice swimming champion Quinn Fitzgerald who has swum in the Arctic Circle and is also the fastest swimmer in the world in his category, the Bulgarian swimmer Lachezar Shumkov with participations in the 2017 and 2019 World Aquatics Championships, as well as members of the Greek national swimming team such as Dimitris Negris, Stellina Aplanti, Ilektra Lebl, Panagiotis Bolanos and Georgia Pavlopoulou took part in the event. 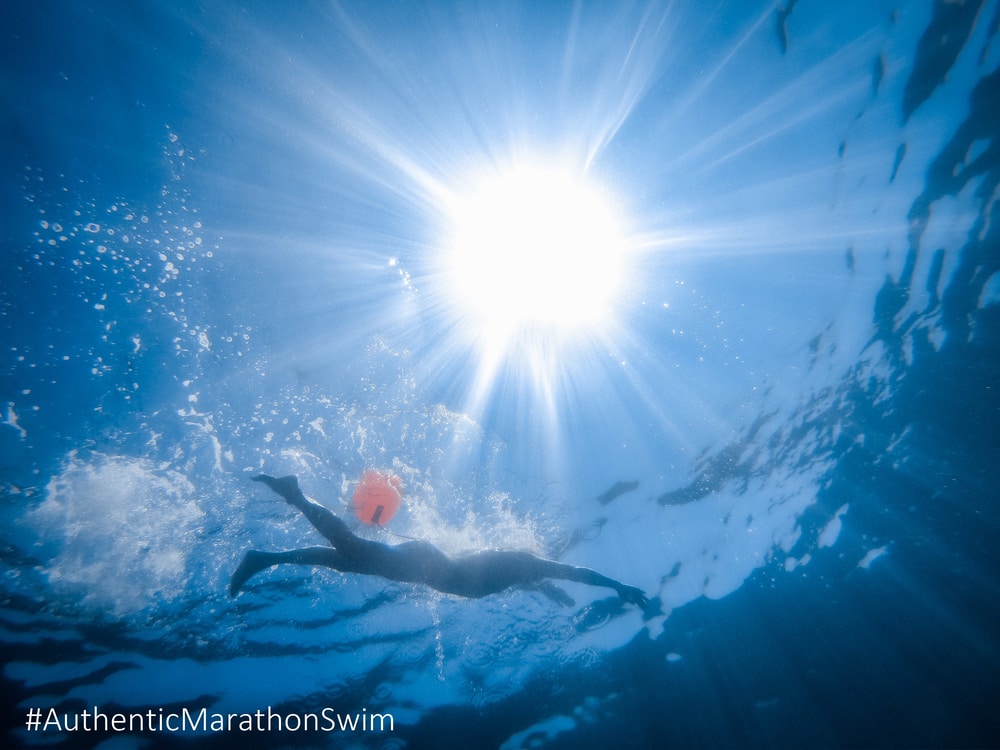 In the context of the event’s 2nd year, the Mayor of Istiea-Edipsos Mr. Kontzias stated: “Our Municipality, through the Authentic Marathon Swim and its activities, showcased even more this year the region’s history and cultural heritage and proved that it can successfully organize this global swimming event. I would like to warmly thank the entire Greek state, the Ministry of Tourism, the Greek National Tourism Organization, the General Secretariat of Sports, the International Olympic Academy, the Hellenic Olympic Committee, the Region of Central Greece, the Central Union of Municipalities in Greece, the Regional Union of Municipalities of Central Greece as well as all the sponsors who stood by us in this effort recognizing the importance and values ​​of this sports event. Our goal for the event is to welcome every year more and more visitors from all over the world who will enjoy the best possible hospitality”. 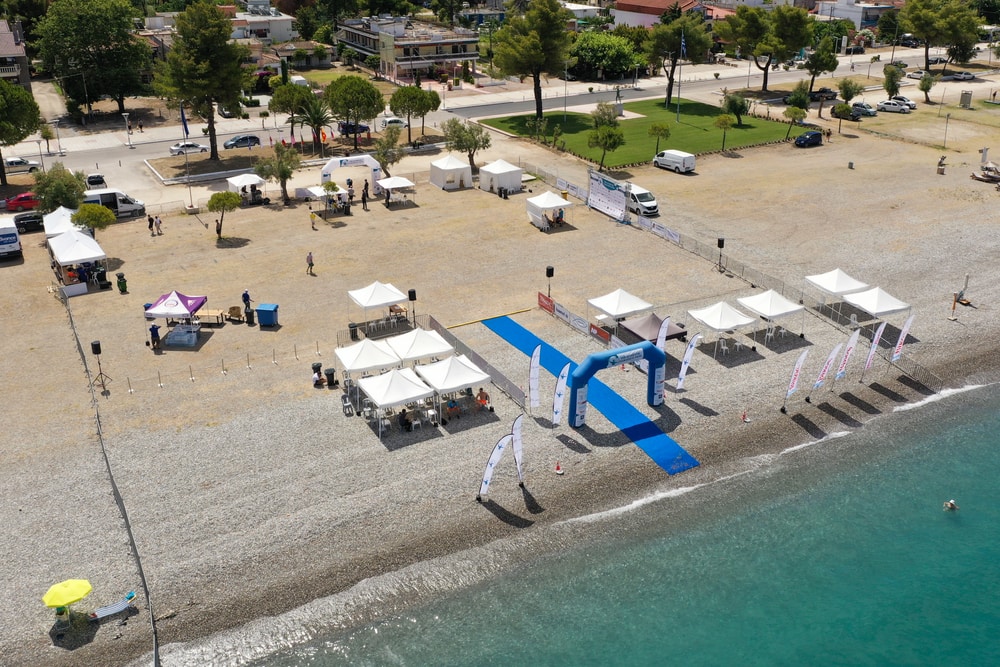 During the races, the Prime Minister’s representative, Secretary General of Sports, Mr. George Mavrotas highlighted, among other things: “After a difficult year, not only for sports but for all sectors and for the whole world, I think that the heart of Greek sports has begun to beat again. This is what my presence here in the Authentic Marathon Swim at Artemision symbolizes, an organization with historical roots and a sports event which showcases the wealth that our country has in such events that combine history, culture and sports, so that it can become an important sports tourism pole”.

Moreover, the Deputy Minister of Tourism, Ms. Sofia Zacharaki, remarked among other things: “I am very happy and excited for this event that the Ministry of Tourism actively supports from the first moment. It is the second year, and we are happy, with the great number of participants from Greece and abroad. This is very indicative of the interest that sports tourism can generate but also how you can provide a multidimensional tourism product in a region that has natural beauty, sun, sea, good food, but also very strong history and archeology that we all need to know”. 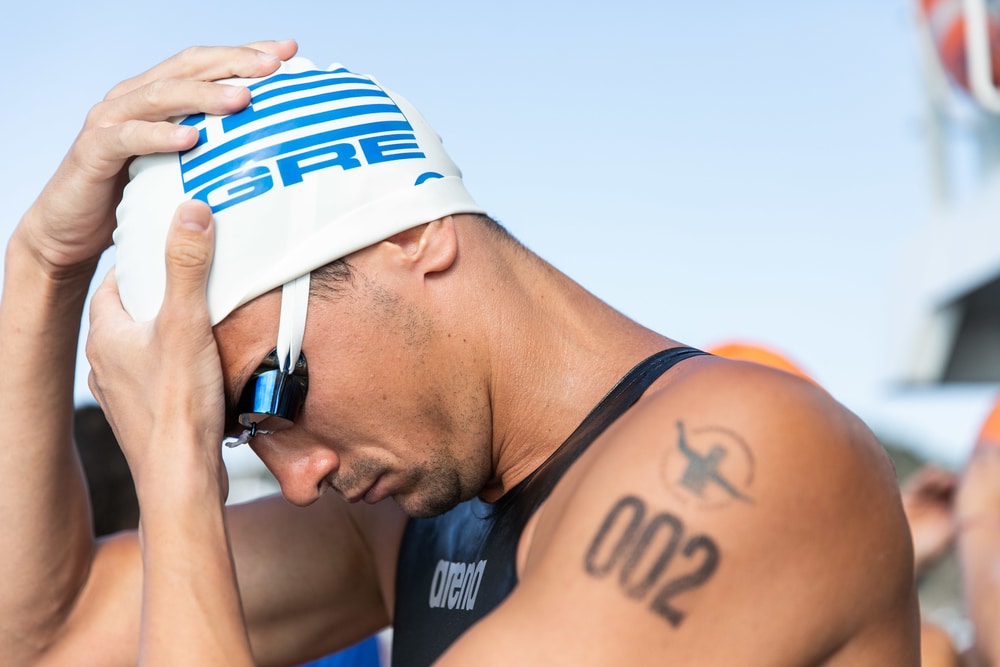 After a very demanding race that took place under adverse conditions and strong currents, the winners were George Arniakos in men and Marina Triantafyllidi in women.

All routes of the Authentic Marathon Swim were designed by the Federal Technical Director of the Greek National Swimming Team and race’s technical director, with Olympic & world distinctions in open water swimming, Mr. Nikos Gemelos. 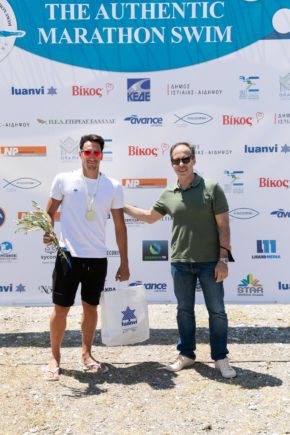 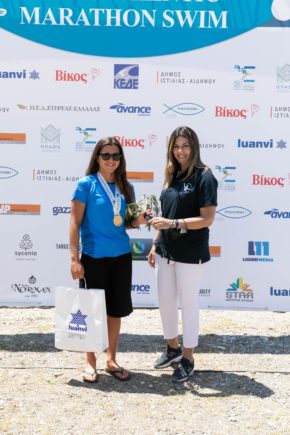 With absolute safety and implementation of a strict health protocol

The event was held in accordance with FINA regulations and the health protocol approved by the Health Scientific Committee of the General Secretariat of Sports, established by the experienced team of ActiveMedia Group, in order to protect the health of all athletes and attendees.

All participants entered the event’s venue after conducting a mandatory self-test within 24 hours or alternatively, after they had done a rapid test or a PCR test against Covid-19 within 48 hours before the start of their race and by showing a certificate of negative result. Those who provided a vaccination certificate or a certificate that proved that they have recovered from Covid-19 within the last 2 to 9 months were excluded. The event ensured that there was a unit of the Hellenic National Public Health Organization (NPHO) that conducted free rapid tests on those who had not conducted the necessary test. At the same time, there was a demarcation of a 2,000 sq.m space through the use of railings.

Swimmers started in different waves to avoid interactions while maintaining long distances between them, the necessary distances were also followed at the registration area, where participants received their kits. In addition, there was an isolation of foreign athletes in different hotels, the event created a recording system of outgoing and incoming people in order to always be aware of the number of people that were present at the area of the sports facility built, the athletes received their medals by themselves, and only individual awards were given to athletes.

In the afternoon of Friday, July 2, the Authentic Marathon Swim, honoring the history of the place, held a symbolic event at the ancient settlement of Artemision where Mavroelia from Artemision, which is also known as Olive Mavromandila, can be found. It is a monument of nature and local history, one of the oldest olive trees in the world, dating back over 2,500 years.

Winners of the routes were symbolically awarded with a branch of Mavroelia. 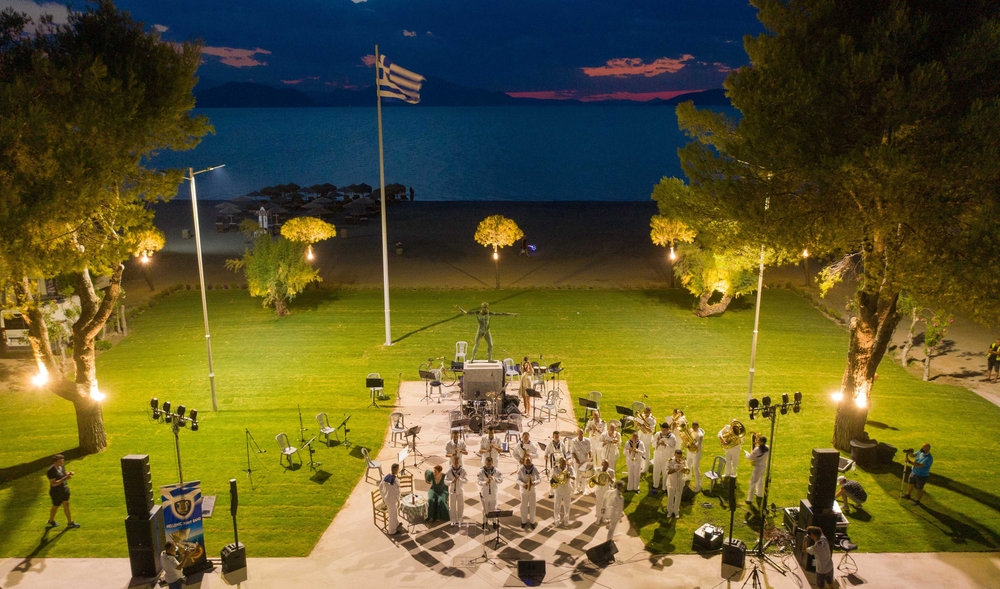 Moreover, activities included for the first time the presence of a Music Convention with the participation of the Hellenic Navy Music Band, connecting the historic naval battle of Artemision, which is the first naval conflict in the world, with the present and honoring the naval feat while recognizing the Battle of Artemision as the primary starting point of the Greek Navy’s History. On Saturday, July 3, in the evening, the Hellenic Navy’s Music Department held a music concert in honor of the Artemision naval battle and the Authentic Marathon Swim.

With respect to the environment and aiming at informing and raising people’s awareness in the effort to achieve a zero environmental footprint, the Authentic Marathon Swim had the nonprofit organization π3 (pi3) as a Sustainability Partner this year. The event’s environmental activities began on Friday, July 2, in the morning, with the cleaning of Pefki beach. During the three days, additional actions followed, and aimed towards informing and educating the public for the adoption of an environmentally friendly attitude by everyone.

Throughout the three days, the public was informed and educated on the adoption of an environmentally friendly attitude by everyone, while all plastic packaging was collected in designated recycling bins and was promoted for reuse.

Research on the financial footprint of sports tourism in Greece

The Authentic Marathon Swim innovated once again, in collaboration with the leading private educational institution in the country, Deree – The American College of Greece, investing in research and collection of important information about the financial footprint of sports tourism in Greece. During the races, a survey was conducted on participating athletes and visitors of the region, the results of which will be presented in the coming months. 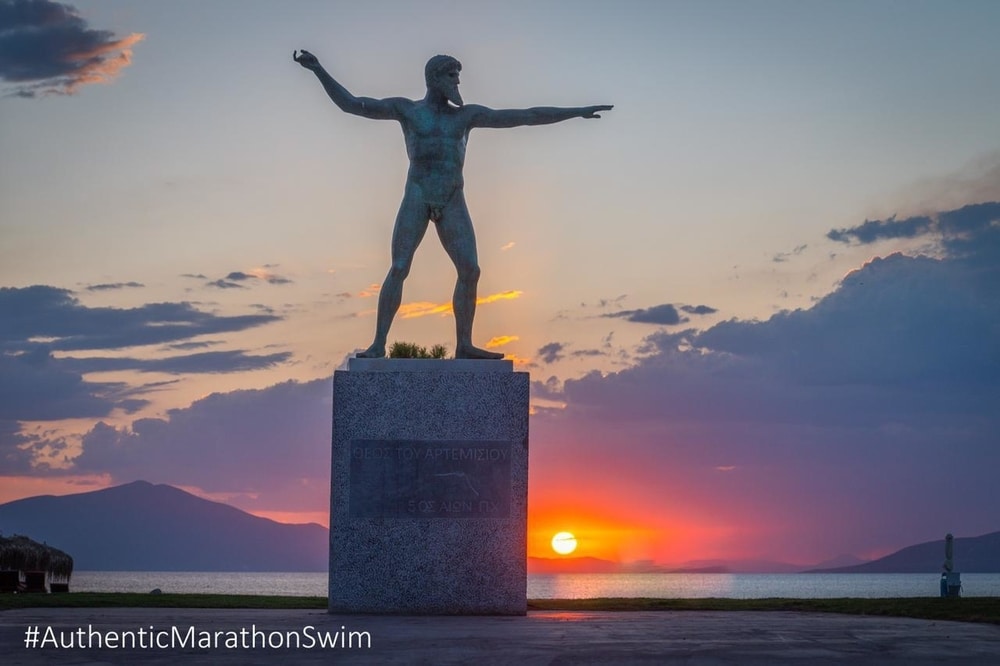 The god of Artemision, Poseidon at Pefki of the Municipality of Istiea-Edipsos (photo by Elias Lefas @ Authentic Marathon Swim)

Liquid Media was the Premium Media Partner.
π3 (pi3) was the Sustainability Partner.

Dynamic support by the Hospitality Sponsors

The Authentic Marathon Swim was held with the permission of the Greek Ministry of Tourism, under the auspices of the Greek National Tourism Organization, the International Olympic Academy and the Hellenic Olympic Committee. ActiveMedia Group was responsible for its sports production. The race has joined the swimming community of Global Swim Series (GSS).

The official hashtag #authenticmarathonswim gathered on social media the exciting moments of participants from the Municipality of Istiea-Edipsos and the event. 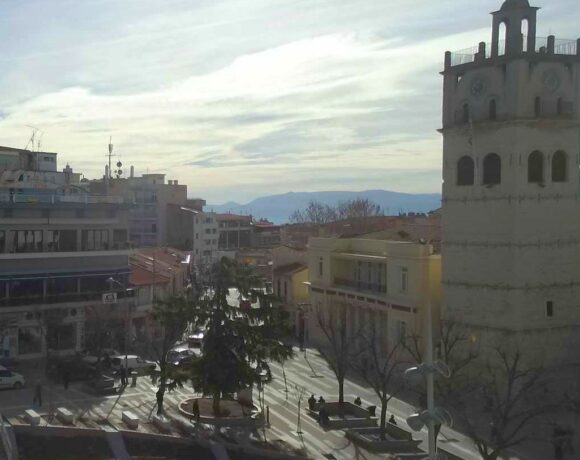 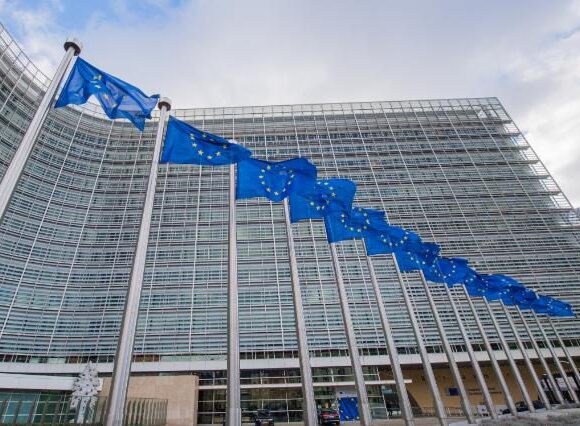 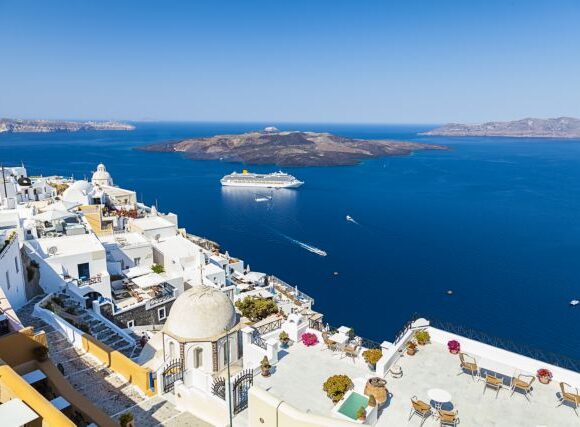