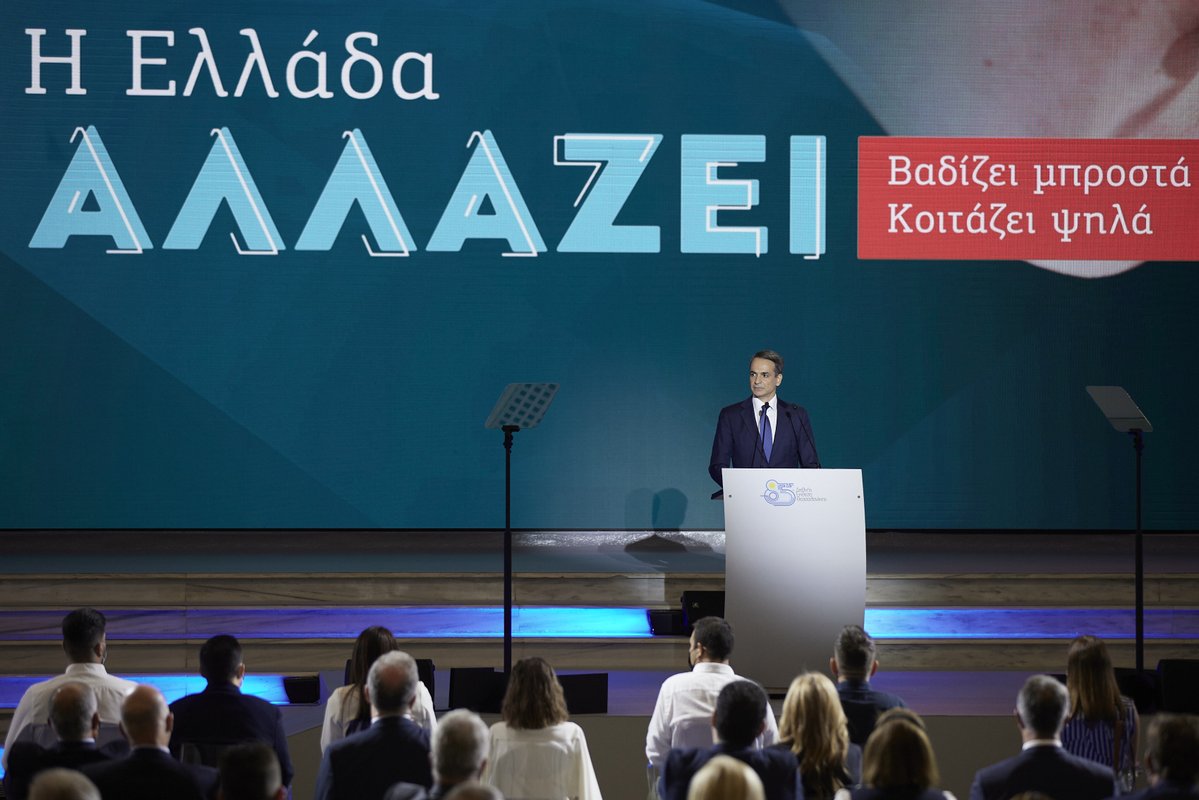 Greece’s economic growth forecast for 2021 has been revised upwards, from 3.6 percent to 5.9 percent, Prime Minister Kyriakos Mitsotakis announced on Saturday.

Prime Minister Kyriakos Mitsotakis on Saturday announced that Greece’s growth forecast for 2021 has been revised upwards, from 3.6 percent to 5.9 percent.

Speaking during the opening ceremony of the 85th Thessaloniki International Fair (TIF), Mitsotakis said that Greece’s GDP had jumped by 16,4 percent in the second quarter of 2021, allowing the government to revise its growth target upwards.

“This means growth for all in an economy that offers opportunities to every citizen without leaving anyone behind,” he added.

“I present a national plan with actions for the youth. A set of policies which we will discuss step by step in every region during the next months,” Mitsotakis said.

The Greek PM said the country’s plan will have four directions: equal access to opportunities; extroversion; access to knowledge; and wider participation to political, economic and social activity

He announced that young people up to 29 years old without any work experience, will be granted the amount of 1,200 euros for 6 months in their first job. Half will be received by the employer to cover costs, while the rest will be added to the employee’s monthly salary.

– a housing allowance of 1,000 euros per year will be extended to students of the public Institutes of Vocational Training – known as IEK

– as of January 1, 2022, all citizens under the age of 29 will pay zero mobile telephony and data fees. For the rest, fees will be reduced to 10 percent

– the tax on parental benefits and donations involving properties worth up to 800,000 euros will be abolished. 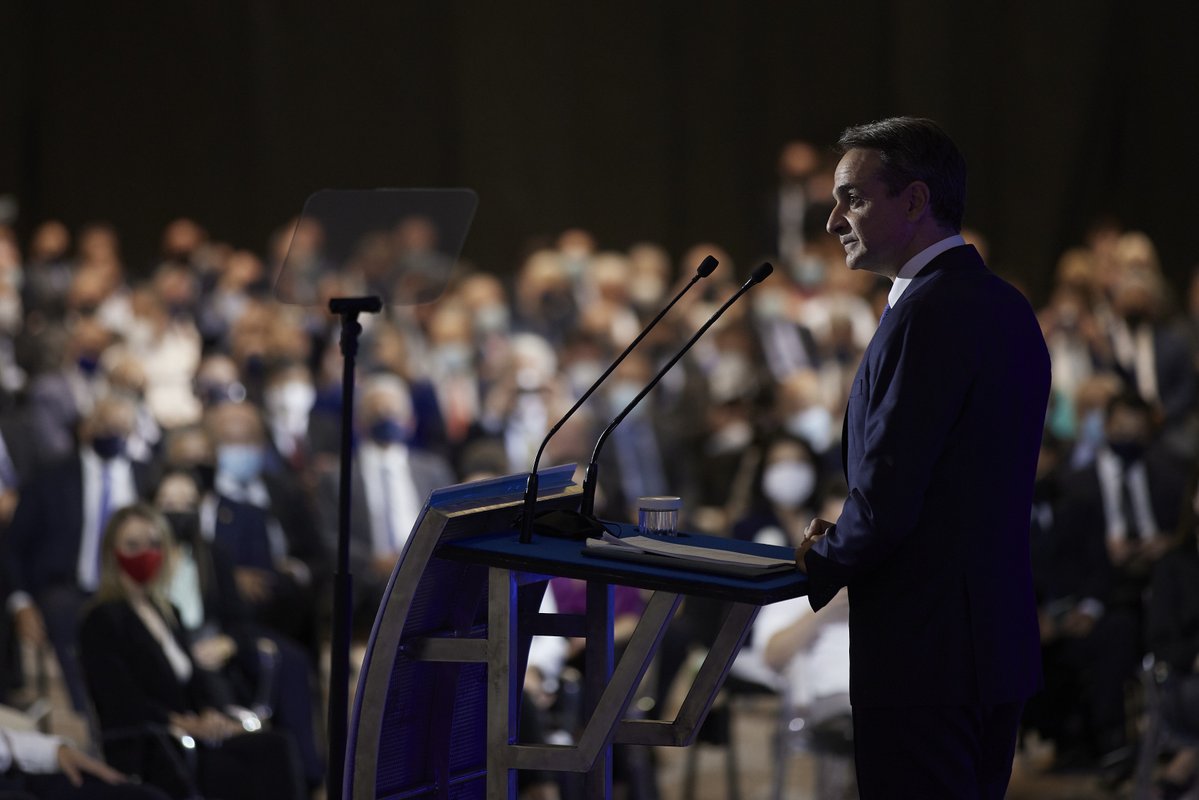 – the reduction of social insurance contributions by 3 percent

– the reduction of the Single Property Tax (ENFIA)

– VAT will remain at 13 percent for transport and tourism services, coffee, non-alcohol beverages and cinema tickets (the measure is also extended to gyms and dance schools)

– tax rates for small- and middle- sized enterprises that merge will be reduced by 30 percent to 15.5 percent for the next three years

– the government will allocate 150 million euros for the establishment of a special energy transition fund in efforts to offset price hikes in energy. The fund will cover 80 percent of the increase for households and businesses

– the Syn-ergasia job retention scheme will be extended until the end of 2021. 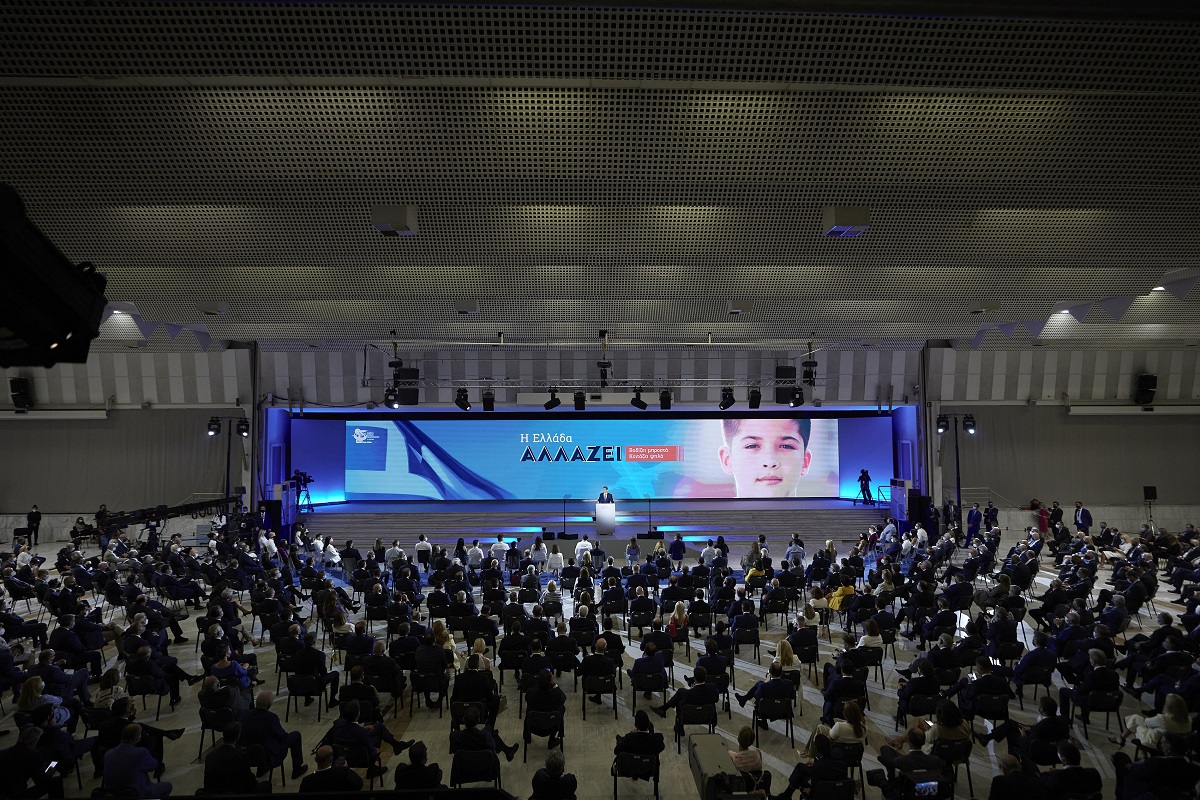 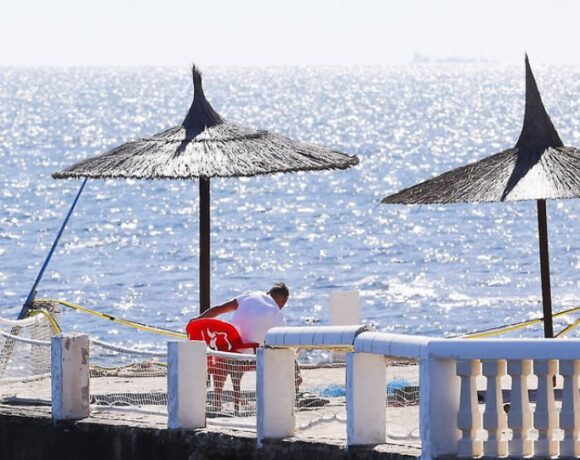